Johanna II is a Founder & the Vice-President of the Georg & Agathe Foundation and Co-Founder & Director of Celebrity Legacy. She is passionate about the importance of the arts in ones' life and believes that knowing your family's past and collective history can be insightful, enriching, and foster connection. Using her family's inspiring stories, she speaks internationally on meeting life's challenges.

Johanna II has spent many years researching and compiling information on the various branches of her family tree. She is currently researching her matrilineal line towards publishing a book. In 2017, she wrote the forward to the Hungarian translation of her grandfather’s World War I Austro-Hungarian Naval memoir "To the Last Salute" / "Georg von Trapp: Az utolsó tisztelgésig".

Johanna II directly descends from multiple historic legacies. She is the oldest daughter of Baroness Johanna von Trapp of the Trapp Family Choir and Trapp Family Singers, who was portrayed as the second youngest child, 'Marta', in world-renowned musical The Sound of Music. Her grandparents are Baron Captain Georg von Trapp, World War I Austro-Hungarian naval hero, and his first wife Agathe Gobertina Whitehead, granddaughter of British engineer Robert Whitehead (inventor of the torpedo). 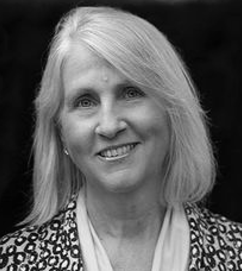