Ariana is the Founder of Giggle Gourmet—named after her infectious, fun laugh, and love of hosting—a cooking and lifestyle brand. Ariana's passion for food focuses on healthy, full-flavor tastes that can meet multiple dietary needs all within the same meal.

An MBA graduate from Pepperdine University, she has spent two decades in the financial sector both in the United States and Australia. Ariana has also been involved in several start-ups.

Ariana's grandmother, Baroness Johanna von Trapp, performed in the Trapp Family Choir and Trapp Family Singers, and was later portrayed as the second youngest von Trapp child, 'Marta', in the play and movie.  Johanna was a talented cook preparing meals for her family during their years on tour, as well as for guests during the von Trapp family’s summer venture, the Trapp Family Music Camp. Later, she continued to entertain and prepared meals for her own family, passing down her love of cooking to her children and grandchildren. 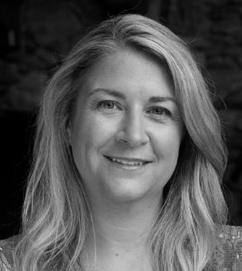