Courtney grew up in Rhode Island and Texas. As a young adult, her collegiate studies brought her to the D.C. metro area, where she received a degree in Psychology at George Washington University. Currently, Courtney is a real estate agent in Maryland, Washington D.C., and Virginia with the New York-based national agency, Compass— on the Erich Cabe Team. Her strong work ethic and desire to help people are a few qualities that suit her well in her profession. Courtney feels a deep resonance with the values championed by her forebears that there is power in education and that we all have a duty to uplift others.

Courtney is the great-great-granddaughter of self-made industrialist and steel tycoon, Andrew Carnegie. Carnegie was a leading philanthropist of his time and believed that those with wealth have an obligation to give back to society. He established institutions, nonprofit organizations, schools, and 3,000 public libraries. Courtney’s great-grandmother—Carnegie’s only child—Margaret Carnegie Miller, was a philanthropist in her own right and a Trustee of the Carnegie Corporation of New York, the grant-making foundation established by her father in 1911. 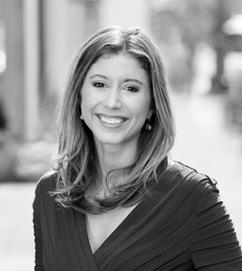