"Wealth is not to feed our egos but to feed the hungry and to help people help themselves."  Andrew Carnegie

Courtney is the great-great-granddaughter of self-made industrialist and steel tycoon, Andrew Carnegie. In the 19th century, Carnegie was a leading philanthropist and believed that those with wealth have an obligation to give back to society.

At one time, he was the wealthiest man alive and during his lifetime, he gave away 90 percent of his wealth to establish many institutions, nonprofit organizations, schools, including 3,000 public libraries. His fortune has since supported diverse causes and helped millions of people who have benefited from Carnegie’s generosity and vision of long-term prosperity for all.

One of the wealthiest 19th-cenrtry American ​Industrialist 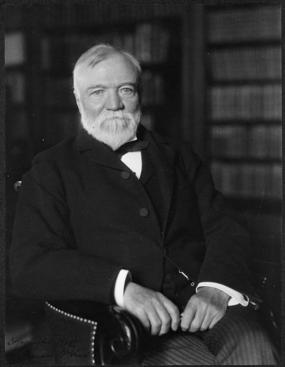