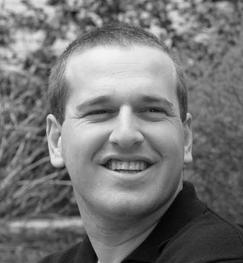 With nearly 15 years in various aspects of strategic diplomacy, Mickey Bergman coined the term Fringe Diplomacy to describe the new field he is forging, an innovative discipline exploring the space in international relations just beyond the boundaries of States and Governments’ capacity and authority.

He manages relationships and private diplomacy efforts in North Korea, Cuba, Myanmar, Middle East, and Africa. Nominated for the 2019 Nobel Peace Prize, alongside Former Governor Bill Richardson; Mickey has led his team at the Richardson Center to facilitate the release of more political prisoners than any other organization. Mickey creates new political capital by leading Professional Exchange Programs to frontier countries such as North Korea, Myanmar, Cuba, Lebanon, and others.

Mickey is Vice President and Senior Advisor at Governor Richardson Center for Global Engagement; was Executive Director of the Global Alliances Program at the Aspen Institute; is a professor at Georgetown University School of Foreign Service, where he teaches about emotional intelligence in international relations, and consultant to the Clinton Global Initiative.

Expert in fringe diplomacy and nominated for 2019 Nobel Peace Prize