"I am a firm believer in the theory that you can do or be anything that you wish in this world, within reason, if you are prepared to make the sacrifices, think and work hard enough and long enough."
Frederick Banting

Andy is a great-grandson of Sir Frederick Banting, the Canadian Nobel Laureate physician and scientist who co-discovered insulin. Banting co-received the 1923 Nobel Prize in Physiology or Medicine and 1931 Royal Society of Canada's Flavelle Medal. He was knighted by King George V in 1934 and later inducted posthumously into the Canadian Medical Hall of Fame. Banting's legacy has helped millions of people and his namesake continues on with: the Banting Research Foundation, University of Toronto's Banting and Best Department of Medical Research, as well as several Banting Fellowships at prestigious Canadian institutions. Today, a “Flame of Hope” lit by Queen Elizabeth burns near the Banting House in Ontario; where it will remain, until a cure for diabetes is discovered.

At 32, Frederick Banting is the youngest recipient of the Nobel Prize laureate in physiology or Medicine. 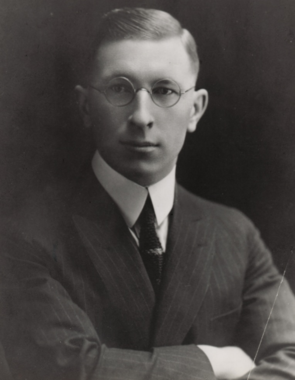